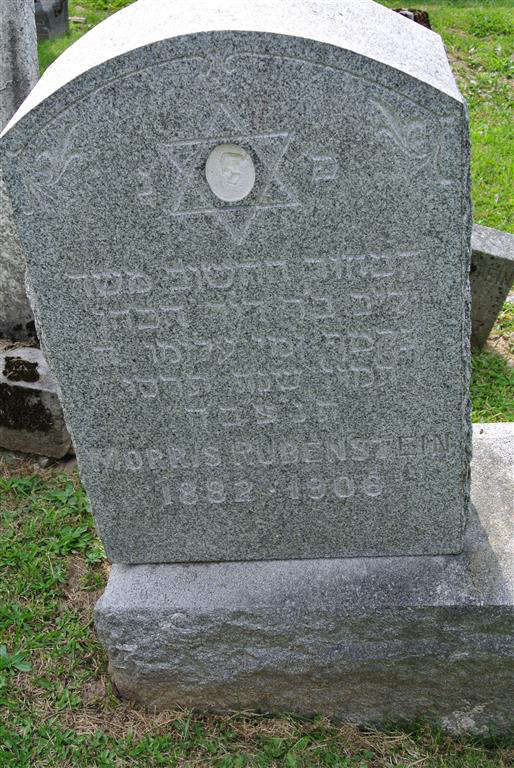 The translated inscription reads "The esteemed young man (implies he was single) Moshe Leib son of Mr Dovid the Kohain. The days of his life were cut short (on) 5 Tamuz in the year 5666. May his soul dwell in everlasting life."

On July 2, 1906 there was a tragedy at the Hebrew Free School Picnic at Three Rivers. Two young people were drowned, and three saved. One of the drowned was Morris Rubenstein, he was 22 years old, and he was the son of David Rubenstein. Morris sister Anna, who was 17 at the time, survived the accident, and is also named in the article. (The article erroneously states that Morris had only two siblings; he was actually the second oldest of the seven children of David Rubenstein and Pearl Karmen, who both died in 1940). 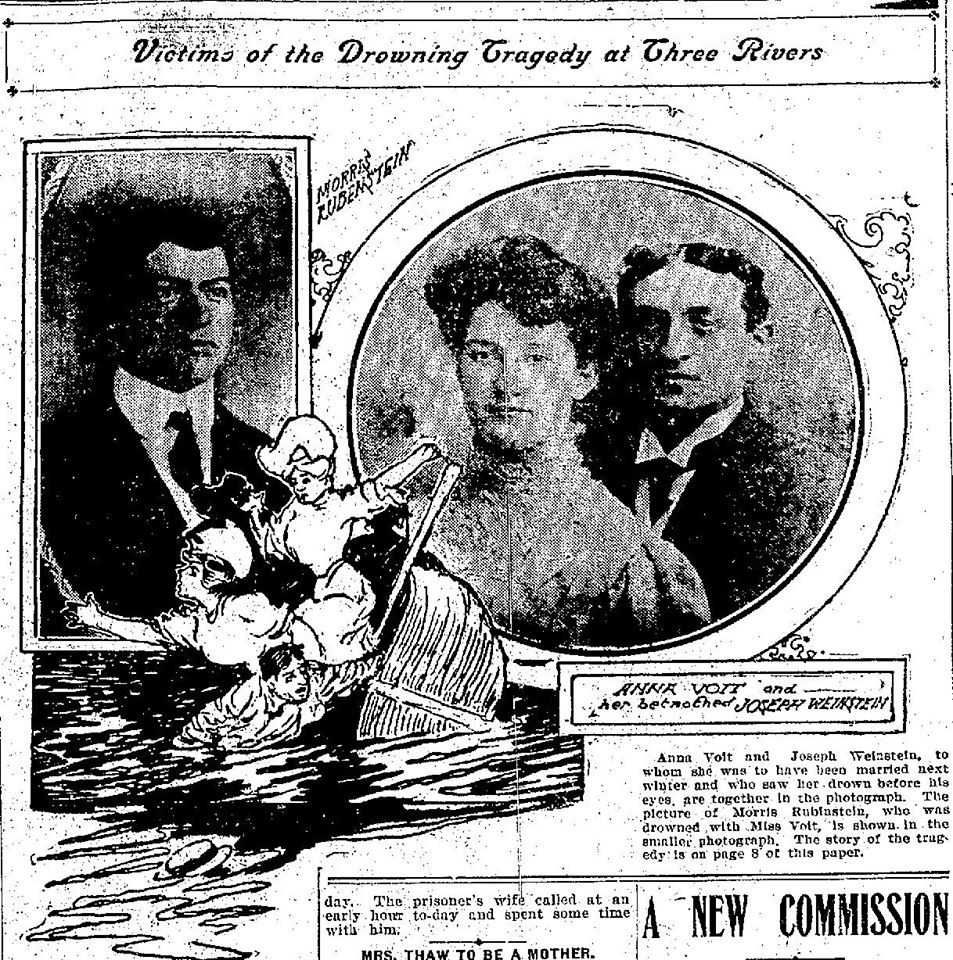 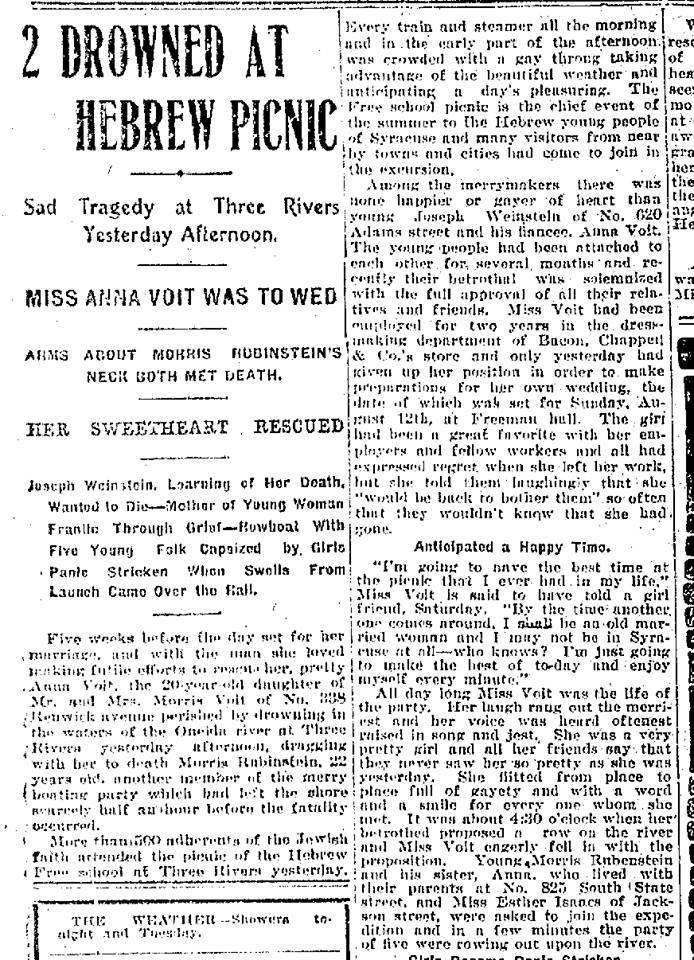