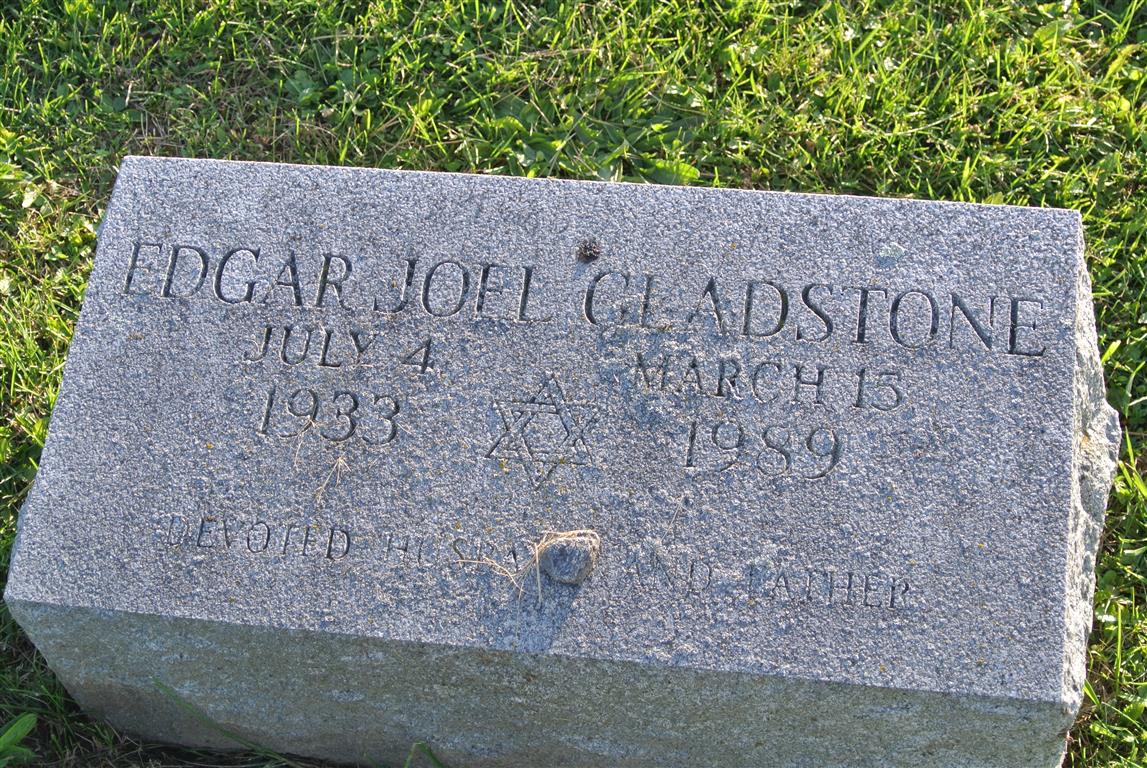 Edgar J. Gladstone, 55, of 61 Rising Rock Road, Stamford, Conn., died Wednesday in his home. Mr. Gladstone was born in Norfolk, Va. He was vice president of Gartner Group Inc. in Stamford. He received his bachelor\\'s degree in physics in 1955 from the College of William and Mary and his bachelor\\'s degree in electrical engineering from Virginia Polytechnic Institute in 1956. He received his master\\'s degree from the Wharton School of Finance at the University of Pennsylvania in 1963. Mr. Gladstone was a member of Eta Kappa Nu and Tau Theta Pi honor societies and Pi Lambda Phi fraternity. He was also a member of Temple Sinai, Stamford. Surviving are his wife, the former Carole Engel; and three sons, Brian James of Stamford, Eric C. of Monmouth Junction, N.J., and Neil S. of Stamford.
Services will be at 1 p.m. Friday at Temple Sinai, Lakeside Drive, Stamford, the Rabbi Stephen Pearce officiating. Burial will be at 10 a.m. Sunday in Frumah Packard Cemetery, Syracuse. The family will receive friends at their home, 61 Rising Rock Road, Stamford, following the service.
Burial Location
A732