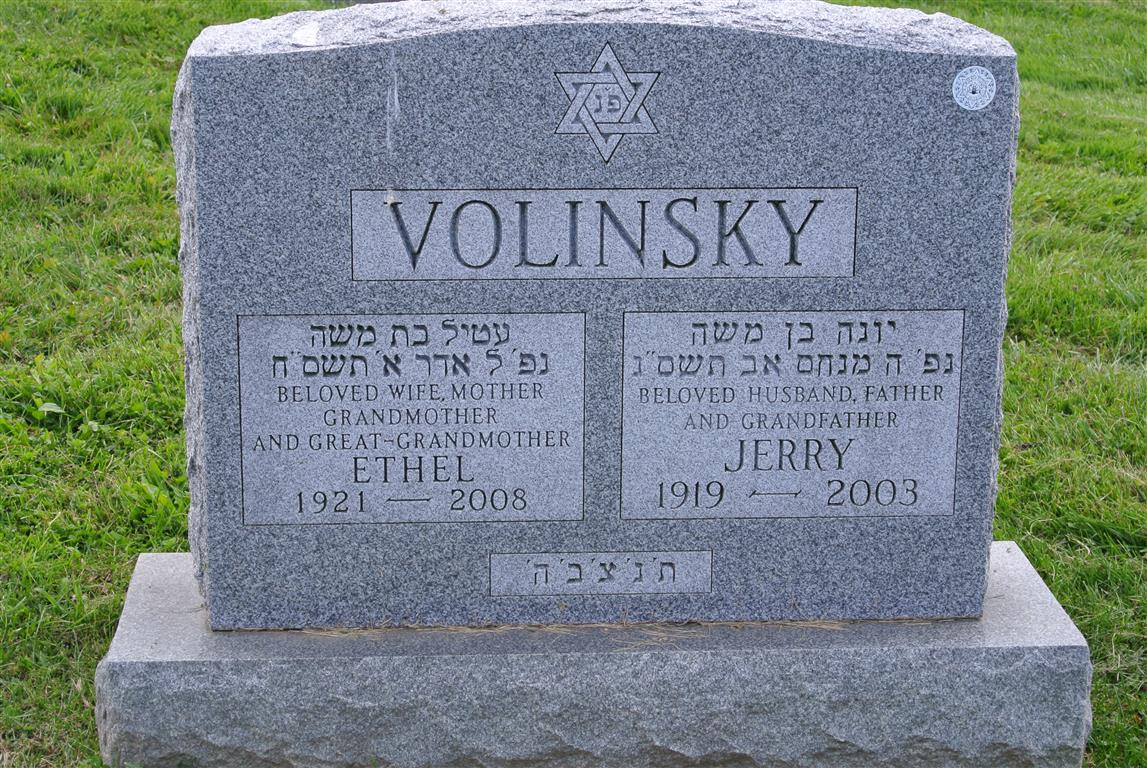 August 3, 2003 Jerry Volinsky, 84, of 311 W. Seneca Turnpike, Manlius, died Sunday at the Jewish Health and Rehabilitation Center at Menorah Park. Mr. Volinsky was a life resident of Syracuse. He was a partner and baker at Besdins and Volinskys Bakery of E. Fayette Street until retiring in 1975. Jerry was a member of Temple Concord, and a past president of the Syracuse camera club. He was a world renowned photographer. awarded an association in the Photographic Society of America, and later was awarded a fellowship as Volinsky was a veteran of WWII, having served as a staff sergeant in Italy and Northern Africa. He was Onondaga Post 131, Jewish War Veterans. Survived by his wife Ethel, of 60 years; a son, Steven (Fran), a daughter, Barbara Lasser; a brother, Seymour; a sister, Irene Meadvin; and grandchildren, Jeffrey Volinsky, Rebecca Volinsky, Sean (Sheryl) Lasser, Adam (Anamika) Lasser, and Amanda Lasser. Funeral services will be at 11 a.m on Monday August 11 at Birnbaum Funeral Chapel. Calling hour will be August 11, from 10 to 11 at the funeral chapel, 190 Contributions may be made to The Foundation at Menorah Park, 4101 E. Genesee St., Syracuse 1321 funeral service inc.
Published in the Syracuse Post Standard on Aug. 5, 2003
Burial Location
A986 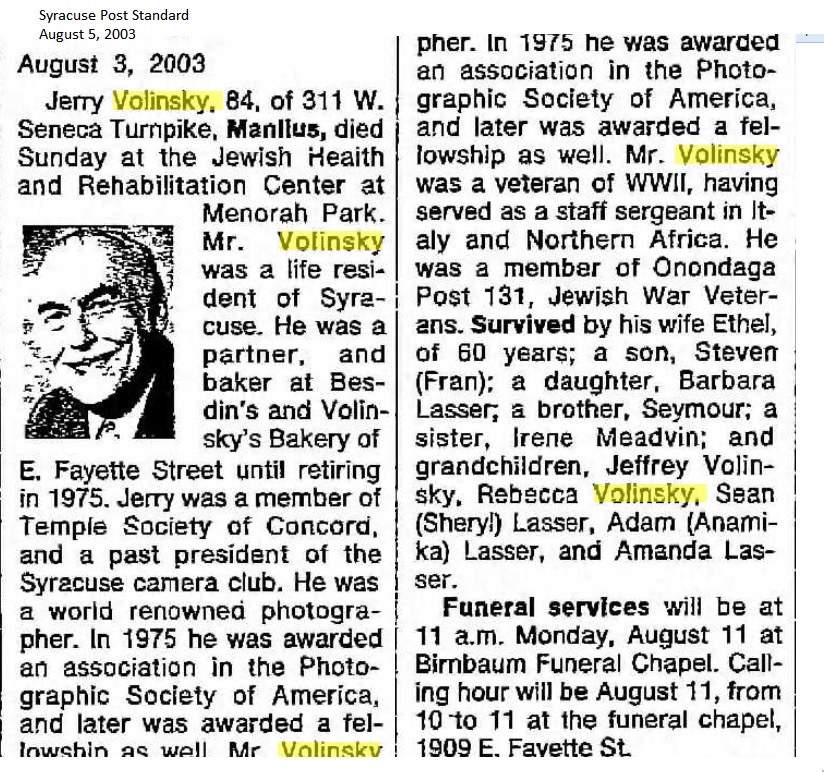