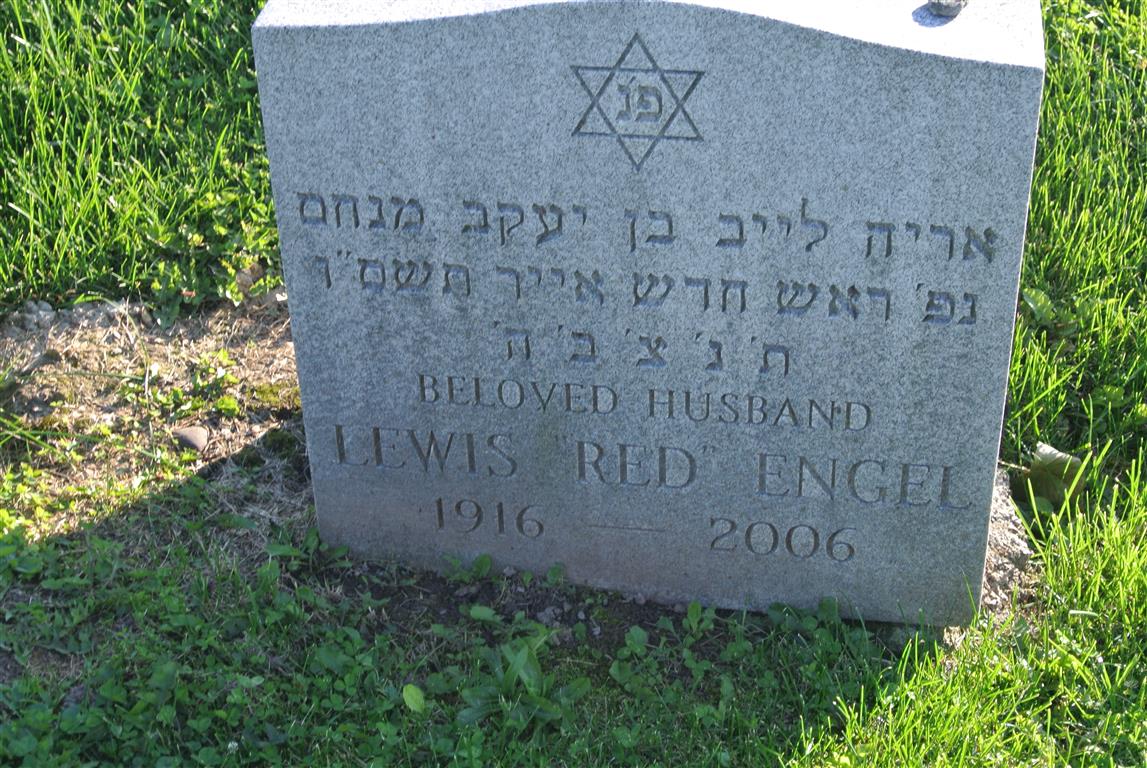 
April 29, 2006 Lewis "Red" Engel, 90, died Saturday at his home. A life resident of Syracuse, he graduated from Central High School, then attended the University of Alabama. Mr. Engel was a marshal for the city court of Syracuse for over 35 years. Upon retirement, the mayor honored the occasion as "The Lewis Engel Recognition Day" for his service to the youth of the community. During his career, he was also honored with many awards, including those from Boys Town of Italy and the "Helping Hands Award" from the Boys Club of Syracuse, of which he was the annual honoree of the "Red Engel Golf Invitational" for youth educational scholarships. Mr. Engel was a veteran of WWII, having served overseas. He was a member of Onondaga Post 131 of the Jewish War Veterans. Red was a stellar supporter of the synagogues and Jewish causes of Central New York. He was a member of the Sedgwick Farms Tennis Club, Cavalry Club, Lafayette CC, Auburn CC and the "Blind Men and Criers." Mr. Engel was a past president of Frumah Packard Cemetery Association and a board member of the Syracuse Jewish Cemetery Association. He established the Engel Family funds at both the CNY Community Foundation and the Syracuse Jewish Community Foundation. Survived by his wife, Sylvia; stepsons, Steven and Ivan Field; stepdaughter, Carol Fazeli; nephews, Richard L. Engel and L. Michael Blumin; nieces, Carole E. Gladstone and Marlene Blumin; two stepgrandsons; and several grandnieces and grandnephews. Funeral services will be today at 2 p.m. at Temple Society of Concord, with Rabbi Ezring, Rabbi Rapoport, Cantor Lerner and Father Matthews officiating. Calling hour will be today from 1 to 2 p.m. at the temple, 910 Madison Street, Syracuse. Burial will be in Frumah Packard Cemetery. Contributions in Red\\\'s memory may be made to Syracuse Jewish Community Foundation, 5655 Thompson Road, Dewitt, NY 13214 or to a charity of your choice. Sisskind Funeral Service LLC 3175 E. Genesee St. 4464848
Published in Syracuse Post Standard on May 1, 2006
Family:
Sister -- Mildred Blumin 1907-1995
Brother -- Sanford Engel 1910-1966
Burial Location
A7312