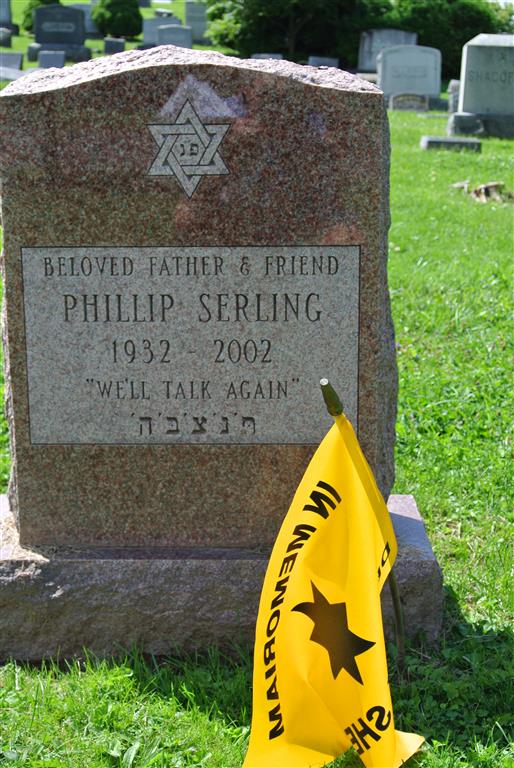 Phil Serling, founder and president since 1968 of the Syracuse Cinephile Society, died Sunday. He was 69. Serling, of Fayetteville, had been in the hospital since Friday after a crash in which he blacked out and drove off Salt Springs Road in Fayetteville, hitting a mailbox and then a tree, according to Manlius police.
He had been in and out of consciousness since Saturday and died Sunday morning after going into cardiac arrest, said his stepson, Will Hartley. A Syracuse native, Serling had his hand in a variety of activities, serving on the board of directors for the Landmark Theatre, heading the Syracuse Little Theater, working out at the Syracuse YMCA for more than 50 years and training and managing fighters such as Dickie DiVeronica, Mike DeJohn and Eddie Beauford. "Everywhere he went, he knew someone," said Hartley, of Cazenovia. "He had a ton of friends."

Serling\'s three loves were boxing, the theater and films, said Shirley Myrus, a friend since 1964. They met when she was stage manager for Syracuse Musical Drama Company and Serling was performing there in a production of "Guys and Dolls." "He was like a brother to me," said Myrus, of Fayetteville. "It just seems hard that he\'s gone, and it was so quick." Serling loved films and kept the Syracuse Cinephile Society going, Myrus said. The society\'s annual Cinefest, a film festival spanning several days, draws people nationally and internationally.

"It\'s sort of the connoisseur\'s film festival," Hartley said. "This is where the real film buffs go."

Leonard Maltin of Los Angeles met Serling 30 years ago at a Cinephile convention. Maltin, a film critic who appears on "Entertainment Tonight," has been to almost all of the 21 Cinefests Serling coordinated.
"I\'m planning to come out this March," Maltin said, "although it will be bittersweet."

Myrus said the movies shown at the festival are from the 1940s or earlier. The Cinephile Society also shows movies Mondays at The Celebrity Den restaurant on North Salina Street. In the basement of his home, Serling had set up a projection room to watch movies, served with popcorn, Hartley said. "He liked nothing more than showing movies," he said.

Don Hamilton, a former boxer who trained under Serling and later trained fighters with Serling, said he and Serling planned to get together to watch a fight later this month. "I\'m still in a fog. It hasn\'t really set in," said Hamilton, 63, who had known Serling for nearly 50 years. Serling received the International Boxing Hall of Fame\'s 2000 Central New York boxing appreciation award, and in the mid-1990s he received an award from Ring 76, a veteran boxers association, Hamilton said.

Serling had retired from the civil division of the Onondaga County Sheriff\'s Department, where he had worked for 35 years, Hartley said. Serling is survived by a sister, Dorothy Berkman of Syracuse; Hartley and his wife, Tara; and their daughter, Glenn Cecilia Hartley, who is almost 2.
Birnbaum Funeral Service is handling the funeral arrangements

Hamilton said everywhere they went together, Serling knew someone. "If we ever robbed a bank," Hamilton said, laughing, "we couldn\'t get very far."
Burial Location
A121A