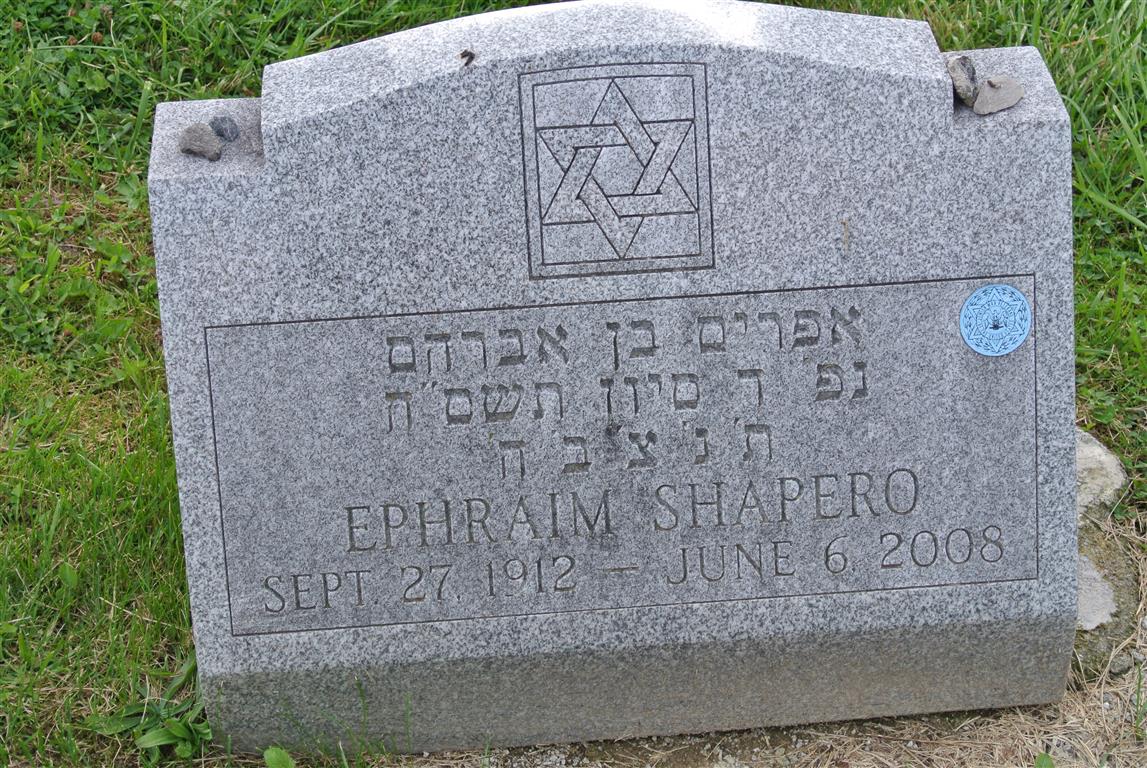 Ephraim E. Shapero, 95, died Friday evening at his home, surrounded by his loving family. "Ephie" was a life resident of Syracuse. He was a proud WWII veteran of the U.S. Army, a member and past commander of Onondaga Post 131 and the NYS Jewish War Veterans, a member of Philo-Mt Sinai Masonic Lodge, Temple Adath Yeshurun and the mens club of the temple, and a past board member of both the Jewish Community Center and Menorah Park. Ephraim was an avid golfer who was a member of Lafayette CC, Cavalry Club and Pompey Golf Club. He was a graduate of Central Tech, then graduated from Syracuse University and the Syracuse University College of Law. He was a lifetime fan of SU sports; he never missed an SU football game. Ephraim was a practicing attorney in Syracuse for over 70 years. Early in his career he was an aide to Senator John Hughes and a member of the Syracuse Corporate Council. He was among the first inductees to the Onondaga County Republican Hall of Fame. A past chairman of the Onondaga County Legislature, he was instrumental in the inception and building of the John Mulroy Civic Center, Onondaga Community College, the Lake Ontario Water Project and Van Duyn Nursing Home. Ephraim was a past chairman of the Onondaga County Water Authority and the Metropolitan Water Board. He remained active and committed to his beloved Syracuse and Onondaga County. He was a valued member of the town of Dewitt advisory committee just this past year. Ephraim was predeceased by his wife, Bertha, in 1978. Survived by his loving and devoted daughter and son-in-law, Ava and Dr. Irving Raphael, and his grandchildren, Dr. Bradley and his fiancee, Rachel Abramovitz, Brooke, and Brian. Funeral services will be 11 a.m. Wednesday at Sisskind Funeral Service. Friends may visit with the family from 10 to 11 a.m. Wednesday, prior to the service, at the funeral chapel, 3175 E. Genesee Street. Burial will be in Frumah Packard Cemetery. Donations in Ephraims memory may be made to the Onondaga Community College Foundation in memory of Ephraim E. Shapero. Sisskind Funeral Service LLC 3175 E. Genesee St. 4464848
Published in the Syracuse Post Standard from 6/8/2008 - 6/10/2008.