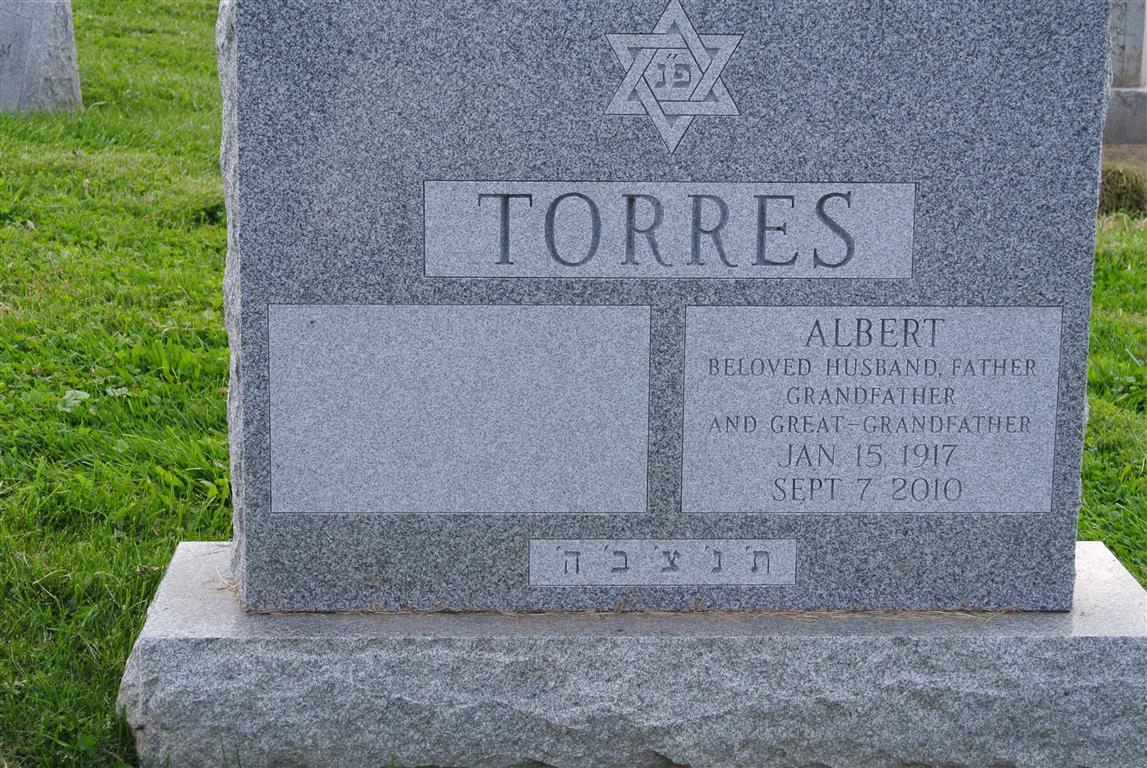 Albert TorresAlbert Torres, 93, died Tuesday in Tamarac, FL. Born in Salonica, Greece, he immigrated to Syracuse in 1951. Albert was a holocaust survivor who met his soulmate Eva, of 65 years in an Austrian liberation camp. They were married in 1945 after a two week courtship. In Syracuse, they established the CDM Luncheonette on E. Genesee Street and worked side-by-side until 1984, when they moved to Florida. In Florida, Albert was the counterman for The Family Bakery of Sunrise until 2007 when he retired. He was a former member of Congregation Young Israel. His greatest loves were his family, baking and being productive. Predeceased by his brother, Ovadia; his nephews, Jack Eckstein, and Sam Torres; and his son-in-law, Stephen Gelin. Survived by his wife, Eva; their children, Dora Torres (David Lombardy) and Dr. Morris (Judi) Torres; grandchildren, Jason (Jennifer) Torres, Ben Torres, and Jocelyn (Dr. Andy) Wolff; great-grandchildren, Trevor, Derek and Eliza Torres, and Sydney Wolff; and nephews, Peter (Carol) Eckstein and Maurice (Beverly) Torres. Funeral services will be at 2 p.m. Sunday at Sisskind Funeral Chapel. Friends may visit with the family from 1 to 2 p.m. Sunday at the funeral chapel, 3175 E. Genesee Street. Burial will be in Frumah Packard Cemetery. Contributions may be made to Syracuse Jewish Family Service.

Published in Syracuse Post Standard on September 10, 2010
Burial Location
A964