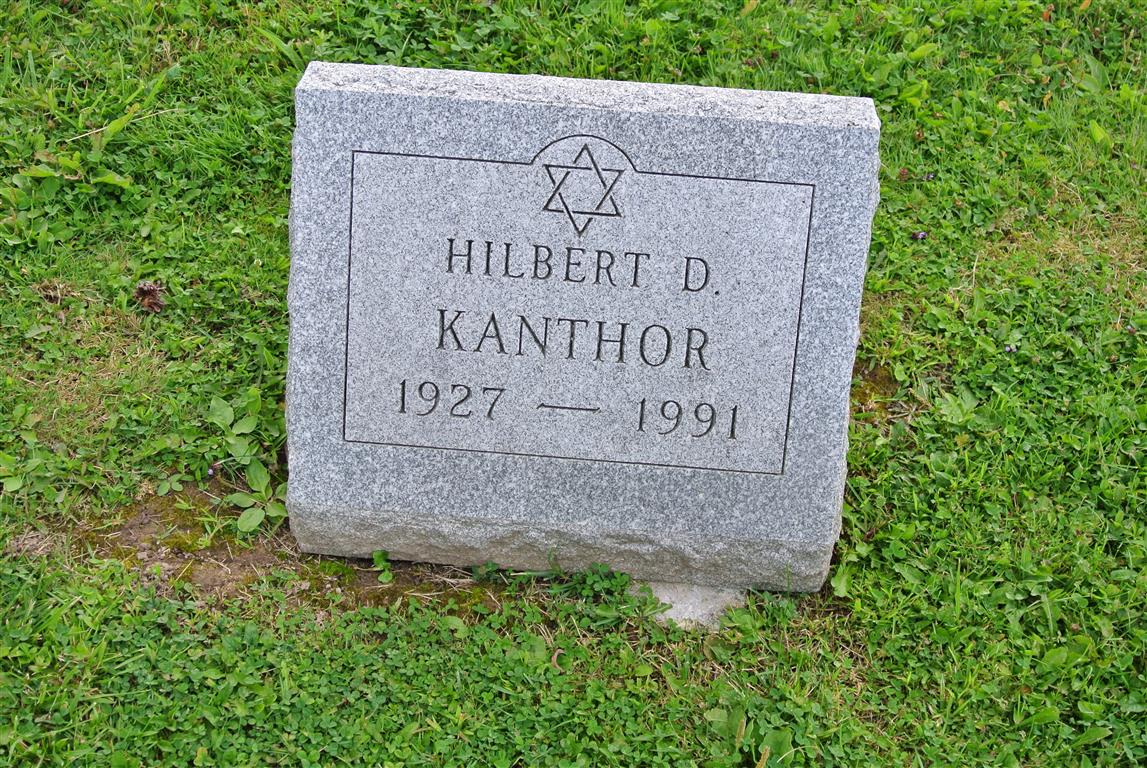 Hilbert D. Kanthor, 64, of Lewisville, Texas, died suddenly Thursday at Lewisville Memorial Hospital. Mr. Kanthor was born in Syracuse and had lived in Lewisville for the past two years. He graduated from Syracuse University in 1949 and was a member of Phi Epsilon Pi Fraternity. He was also a member of Philo Lodge. Surviving are four daughters, Alice Salita of Ogden, Utah, Linda Mahaney of Dunkirk, Marti Rhyne of Lewisville, Texas, and Pam Kanthor of Houston, Texas; a sister, Harlene Gilels of Camillus; two grandchildren; and several aunts, uncles, nieces and nephews. Services will at 2 p.m. today at the Ginsburg-Maloff Funeral Home. Shiva will be observed at the home of Harlene Gilels, 28-6 Queensway, Camillus. Burial will be in Frumah Packard Cemetery.
Burial Location
B465