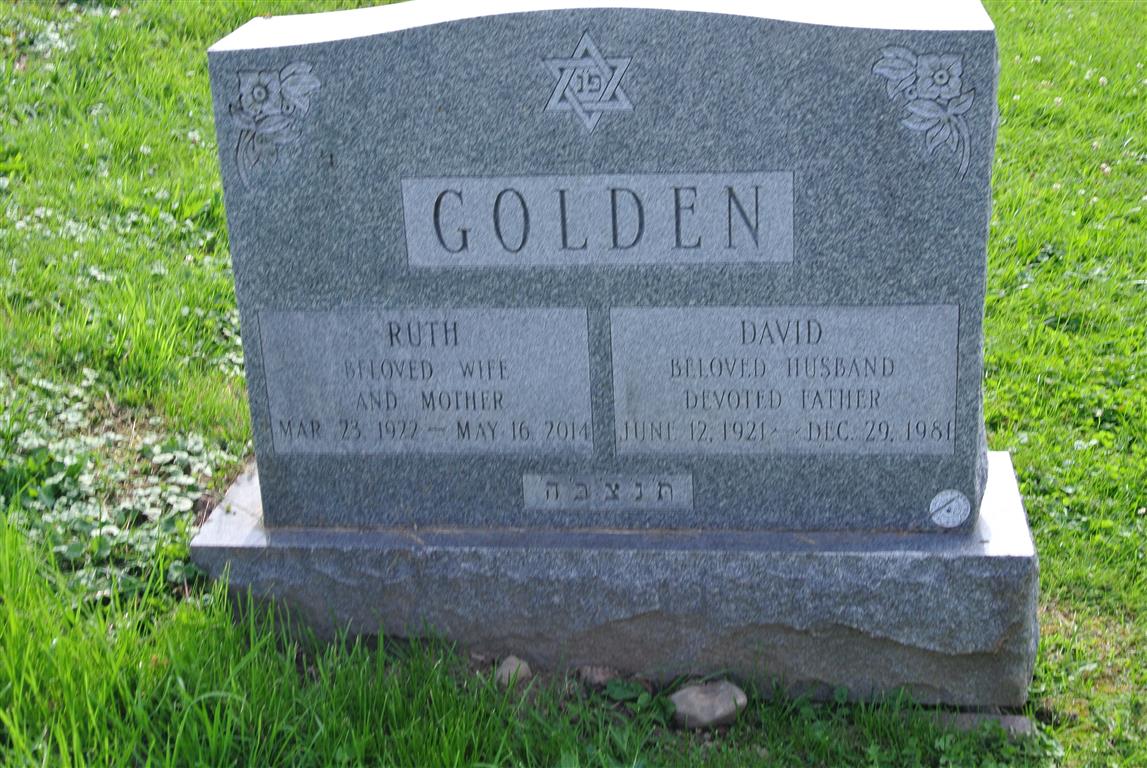 WWIIDavid Golden 160 Ridgeway Ave., Syracuse, brother of Philip Golden of DeWitt, died Tuesday, December 29. Services were Monday at Bimbaum Funeral Chapel, with burial in Frumah Packard Cemetery. Mr. Golden was a life resident of Syracuse. He was a veteran of World War Two and was a member of the Jewish War Veterans. He was a member of the YMHA Bowling League. Besides his brother he is survived by his wife, Ruth Golden; two daughters, Abbey Dukeman and Marilyn Levy; his mother, Anna Golden; a sister, Arlene Stone; and two grandchildren.