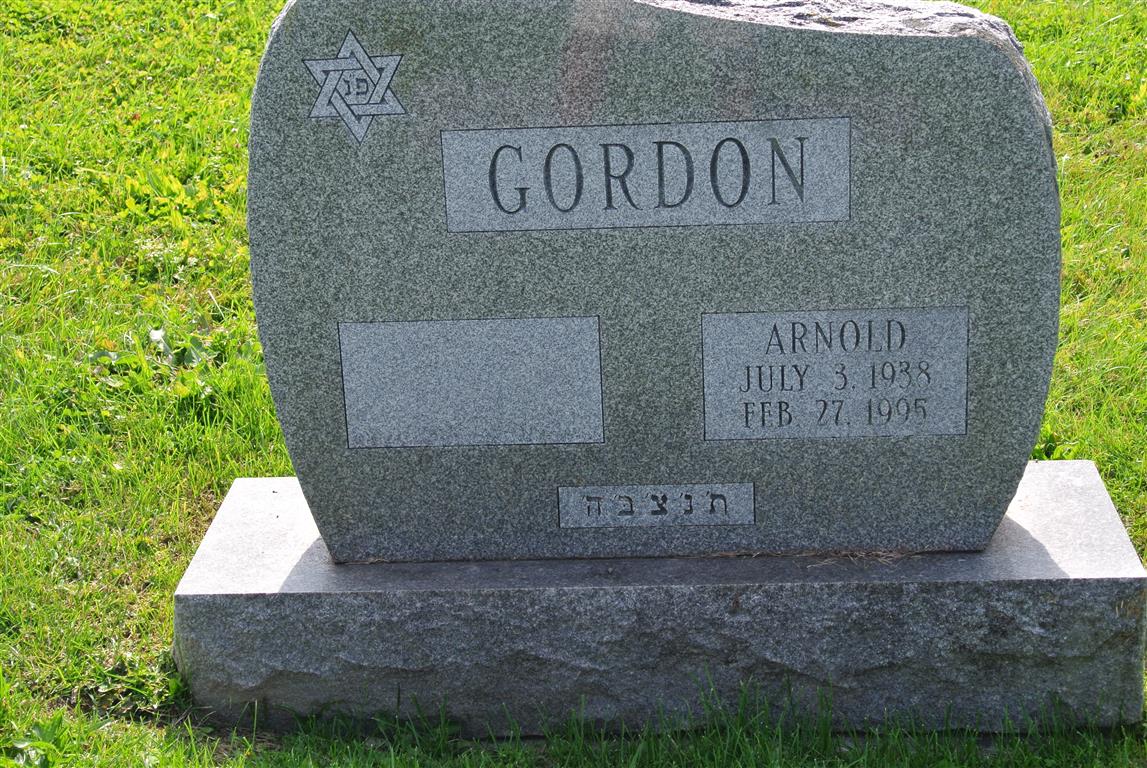 Arnold Gordon, 56, of 5305 Poster Lane, Fayetteville, died Monday at home. Mr. Gordon was a life resident of Syracuse. He was the president of Jack Gordon Tobacco Co. Mr. Gordon was a member of the National Tobacco Distributors Association and its board of directors from 1973 to 1990. From 1983 to 1985, he was president of NATD. In 1977, Mr. Gordon received the Young NATD Executive Achievement Award and the Man of the Year Award from the Wholesale Tobacco Distributors of New York State. In 1982, he received the Timothy Patrick Barry Jr. Memorial Award before being inducted into the Tobacco Hall of Fame in 1983. Mr. Gordon was a member of Temple Adath Yeshurun and its board of directors. He served on the board of the Jewish Home of Central New York and was its president from 1988 to 1990. He also served on the board of directors at the Syracuse Jewish Federation and the Foundation of the Jewish Home of Central New York, where he had been vice president since 1992. Mr. Gordon was a warrant officer in the Army. Surviving are his wife, Sandra; two sons, Jeremy of Richmond, Va. and Randy of Fayetteville; his mother, Leona G. Cooper of Syracuse; a sister, Elinor G. Freeman of Fayetteville; and two nieces.
Services will be at 3 p.m. Thursday at Birnbaum Funeral Chapel, Rabbi Charles S. Sherman and Cantor Harold Lerner officiating. Burial will be in Frumah Packard Cemetery.