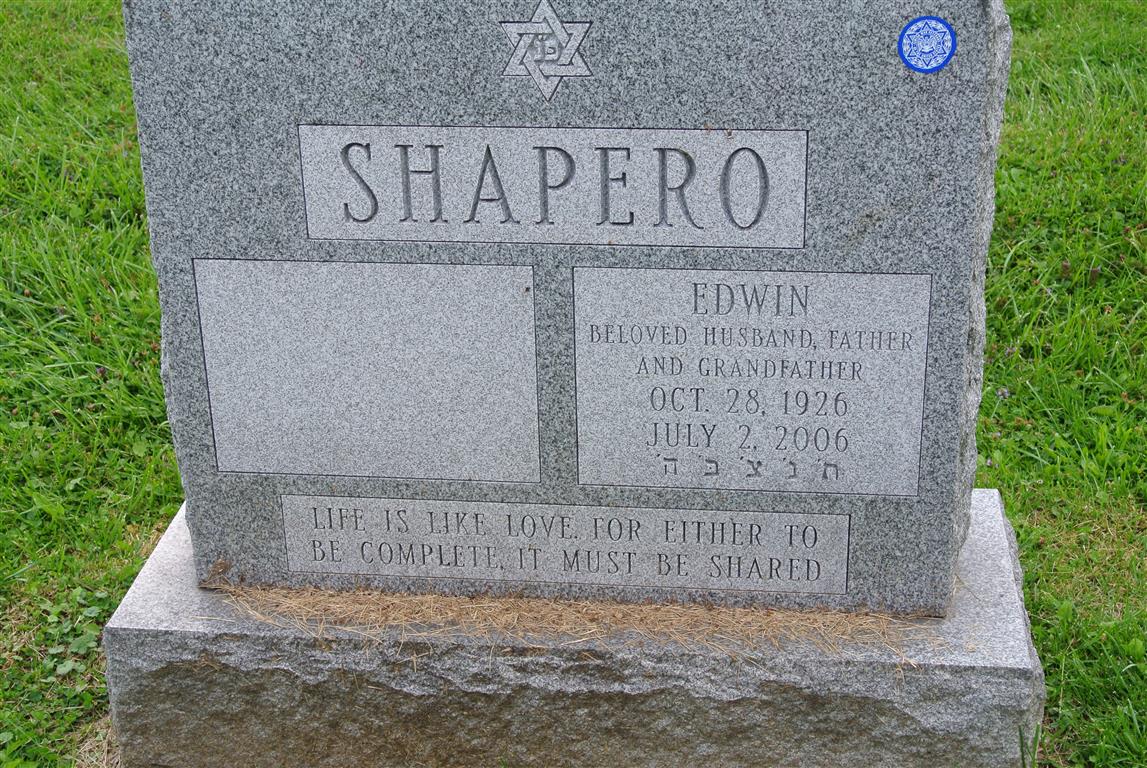 July 2, 2006 Edwin Shapero, 79, a life resident of Syracuse, died at his home Sunday evening after a three-year battle with small cell cancer. He was a paper goods sales representative for over 40 years. Eddie was a great "kibitzer". He loved being with his family and friends. He was a WWII veteran of the US Navy, a member of Temple Adath Yeshurun and Onondaga Post 131 Jewish War Veterans. Eddie was a graduate of Syracuse University and a brother of Sigma Alpha Mu Fraternity. He was an avid baseball fan and little league coach, and a passionate racquet ball and tennis player. Survived by his wife, Doris of 54 years; his sons, Rick (Gail) Shapero and Larry (Linda) Shapero; his daughters, Laurie Shapero and Karen (Matt) Jones; his sister, Carole (Sidney) Hoffman; his grandchildren, Kevin, Melissa, Michelle, Reuben, Jarrod, Danielle, Zachary, and Evan; his brother-in-law, Harvey (Fran) Albert and several nieces and nephews. Funeral services will be 11 a.m. Wednesday at Sisskind Funeral Chapel. A calling hour will be from 10 to 11 a.m. Wednesday at the funeral chapel, 3175 E. Genesee Street. Burial will be in Frumah Packard Cemetery. Contributions in Eddie\\'s memory may be made to The American Cancer Society for Small Cell Bladder research, or Hospice of CNY. Sisskind Funeral Service LLC 3175 E. Genesee St. 4464848
Published in Syracuse Post Standard on July 4, 2006
Burial Location
B93