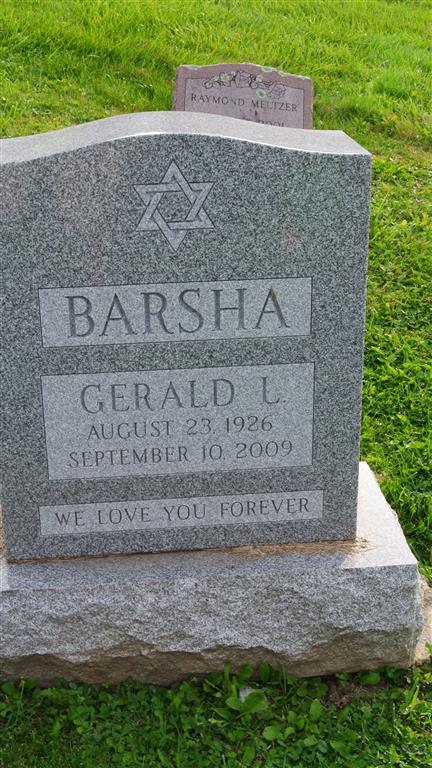 Gerald L BarshaSeptember 10, 2009 Gerald L. Barsha, 83, died Thursday at the Cleveland Clinic. A Brooklyn native, he came to Syracuse to attend SU. He graduated with a dual degree in radio broadcasting and political science. Jerry began working for Channel 3, WSYR/WSTM in 1957. He spent 32 years on radio and televison news before retiring. During that time Jerry was honored numerous times for his work, including a Syracuse Press Club lifetime achievement award, and was enshrined on the Press Club\\'s Wall of Distinction at the Civic Center. He also taught broadcasting classes at OCC for 35 years. He was a bridge life master. He will be remembered for his positive attitude and his love of life. Friends and family will celebrate his life at 11 a.m. Tuesday at Sisskind Funeral Chapel. Friends may visit with the family immediately prior to the service on Tuesday, from 10 to 11 a.m. at the funeral chapel, 3175 E. Genesee Street. Survived by his beloved wife of 51 years, Martha; his sister, Betty Barsha Hedenberg; his four children, Debra, Cynthia, Amy and Janice; and his six grandchildren, Ryan, Elizabeth, Gina, Jason, Mikayla and Morgan. Sisskind Funeral Service LLC 3175 E. Genesee St. 446-4848 Please sign the guestbook at syracuse.com/obits
Published in the Syracuse Post Standard on Sept. 13, 2009
Burial Location
B712