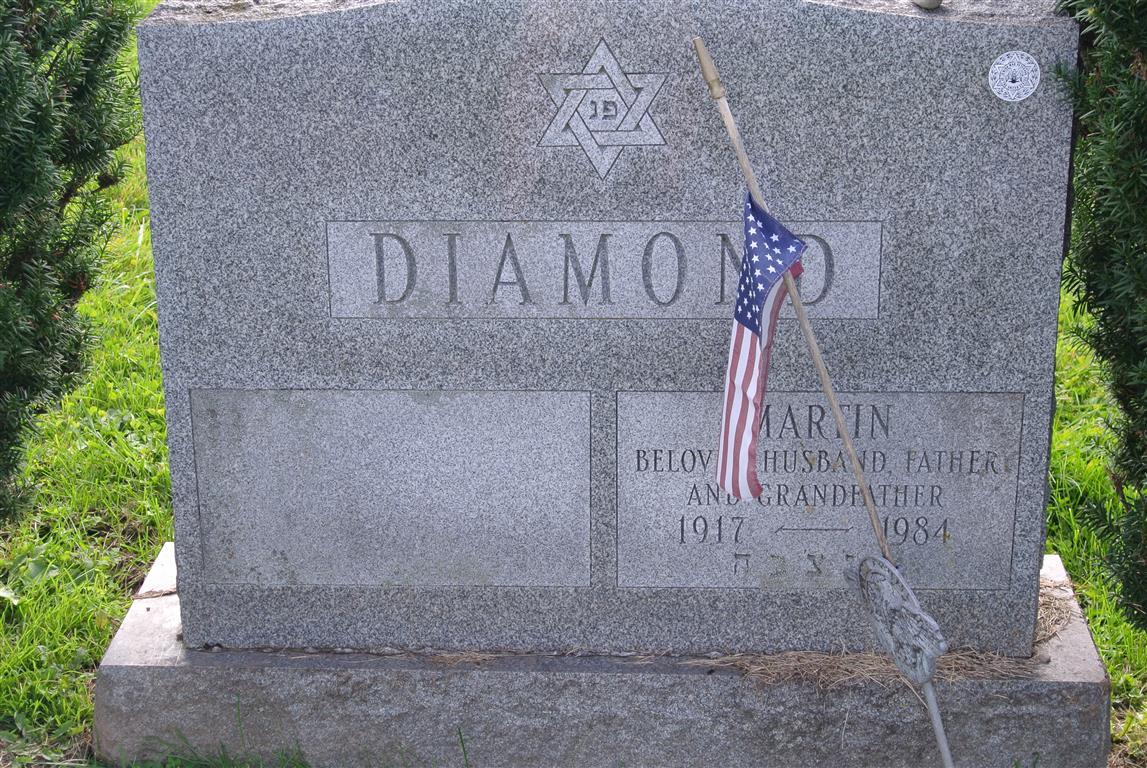 Hilda (Siegel) DiamondHilda Diamond, 94, died Thursday evening at Menorah Park. Born in 1920 to Isadore and Rose Siegel, Hilda had lived most of her life in Syracuse. While living in Florida she enjoyed volunteering at the Broward County Center for the Performing Arts as an usher. During her career she was a bookkeeper. Hilda was an avid bridge player, enjoyed Mah Jongg, and was a great crafts person. Her husband, Martin of blessed memory died in 1984. Her family includes her children, Judith and Morris Torres, and Sheila and Harry Mains; her grandchildren, Jason and Jennifer Torres, Benjamin Torres, Jocelyn and Dr. Andrew Wolff, Devin Kaminski, and Rachel and Peter Quintana; and her great-grandchildren, Trevor, Derek, Eliza, Sydney, Talia, Jonah, Marissa, and Julianna; and her brother, Harold Siegel. Funeral services will be at noon Monday, August 25, at Sisskind Funeral Chapel. Friends may visit with the family from 11 a.m. to noon on Monday at the funeral chapel, 3175 E. Genesee Street. Burial will be in Frumah Packard Cemetery. Contributions in Hilda\\'s memory may be made to the employee fund at Menorah Park. Shiva will be observed from 7 to 9 p.m. Monday and Tuesday at Judi and Morris\\' home.
Published in Syracuse Post Standard from Aug. 22 to Aug. 24, 2014
Brother: Harold Siegel 1922-2/18/2015 in Syracuse, NY
Burial Location
A861