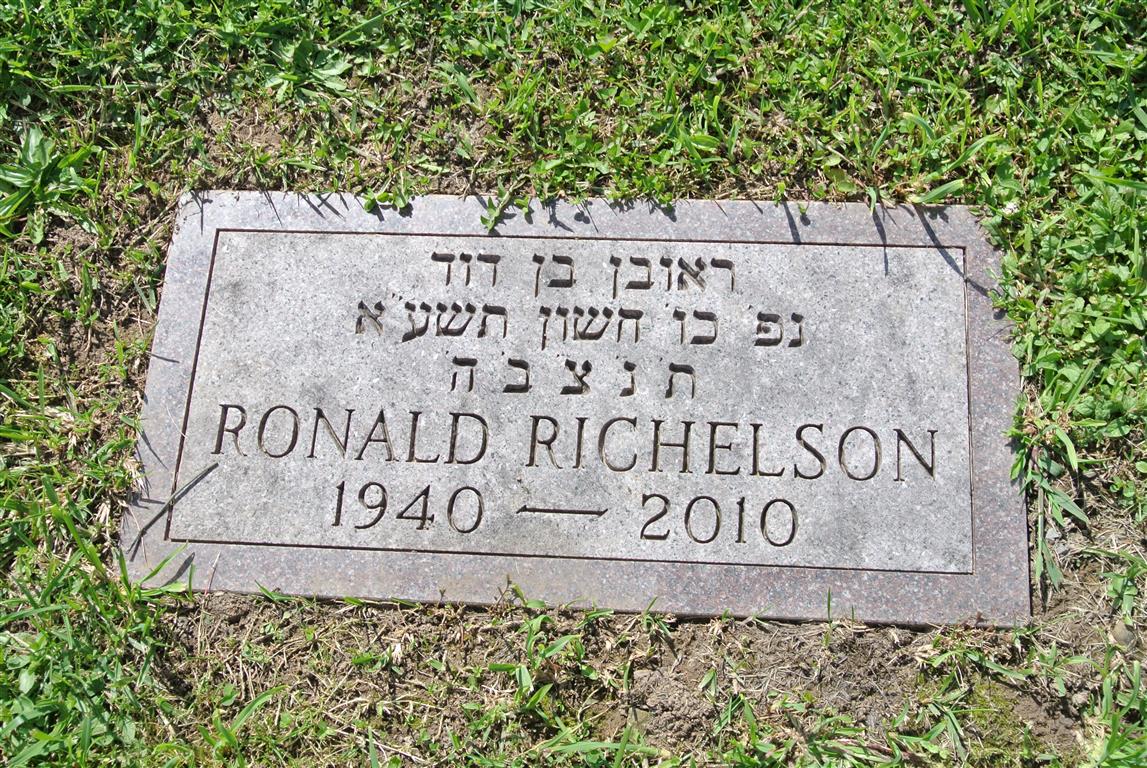 Death: Nov. 3, 2010
Ronald Richelson, 70, died Wednesday at Crouse Hospital. He was a life resident of Syracuse. After attending college in Syracuse, and Boston, Ron had worked in his familys business, Pilgrim Packing Co. of East Syracuse. He had been on disability for many years and most recently had been a resident of Rosewood Heights. He was predeceased by his parents, Ida and David, and his sister, Barbara. Survived by many cousins, aunts and an uncle. Funeral services will be 11 a.m. Tuesday at Sisskind Funeral Chapel. A calling hour will be from 10 to 11a.m. Tuesday at the chapel, 3175 East Genesee Street. Burial will be in Frumah Packard Cemetery.
Published in Syracuse Post Standard on November 7, 2010
Sister -- Barbara Richelson 1936-1956
Burial Location
A296