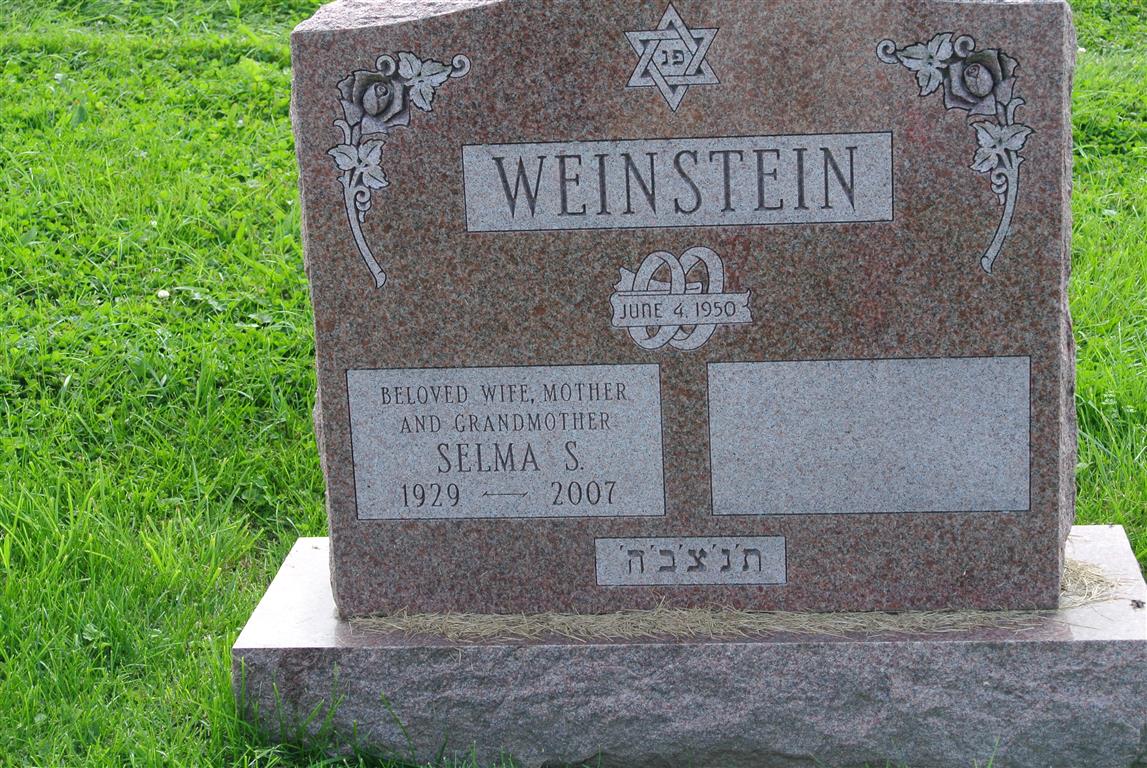 
Selma S. Weinstein, 78, a life resident of Syracuse, died Thursday, July 19, 2007, at Crouse Hospital. Selma was an administrative assistant at Bardeens and a customer service representative at Sears in Fayetteville until her retirement in 1992. She was a member of Ner Tamid and a former member of temples Beth El and Adath Yeshurun. Mrs. Weinstein was predeceased by her grandson, Allan. Survived by her husband, Edward Weinstein; sons, Lee (Dani) Weinstein and Larry (Elisa) Weinstein; and three grandchildren, Jonathan, Devorah and Alex. Services will be conducted at 2 p.m. Monday, July 23, 2007, at Birnbaum Funeral Chapel, 1909 E. Fayette St. Friends may call at the chapel on Monday from 1 to 2 p.m. Burial will be in Frumah Packard Cemetery. Contributions may be made to the Leukemia Society or the American Cancer Society.
Published in Syracuse Post Standard on July 22, 2007