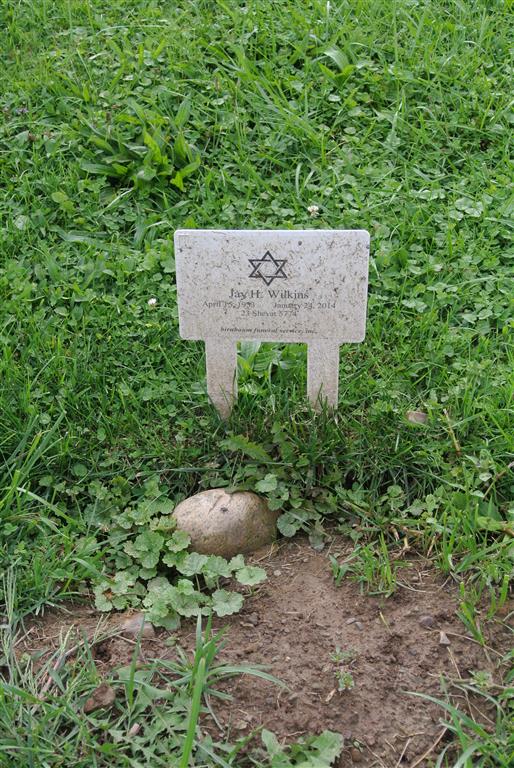 Jay H. Wilkins Jay H. Wilkins, 60, of Syracuse, NY, passed away on Friday, January 24, 2014 at Crouse Hospital after a brief illness. A lifelong Syracusan, Jay was a 1971 graduate of Wm. Nottingham High School and attended Community College. A consummate salesman, Jay worked for various companies including Sales, Ra-Lin, Dexter Shoes, and most recently Brucelli Advertising. Jay was a proud member of the DeWitt Rotary Club and held several offices during his time there. Jay was a devoted son to Roslyn and the late Warren Wilkins, loving brother to Mark (a niece, Riley). He is also survived by his longtime companion, Karen Kimberly; and her children, Denise and Nick Pallotta; and her four grandchildren. Services will be conducted at 2 p.m. on Monday, January 27, 2014 at Birnbaum Funeral Service, 1909 Street. Friends may visit with the family from 1 to 2 p.m. at the chapel on Monday prior to the service. Frumah Packard Cemetery. The family will be sitting Shiva 7 to 9 p.m. Monday through Thursday at 13 Syracuse, NY. The family would like to thank and gratefully acknowledge the extraordinary care given to Jay by the staff Crouse Hospital. Contributions may be made to the Dewitt Rotary Club or the American Red Cross.
Date of Death: January 24, 2014
Funeral Home Birnbaum Funeral Service, Inc. 1909 East Fayette StreetSyracuse, NY 13210-1396
Burial Location
C3410