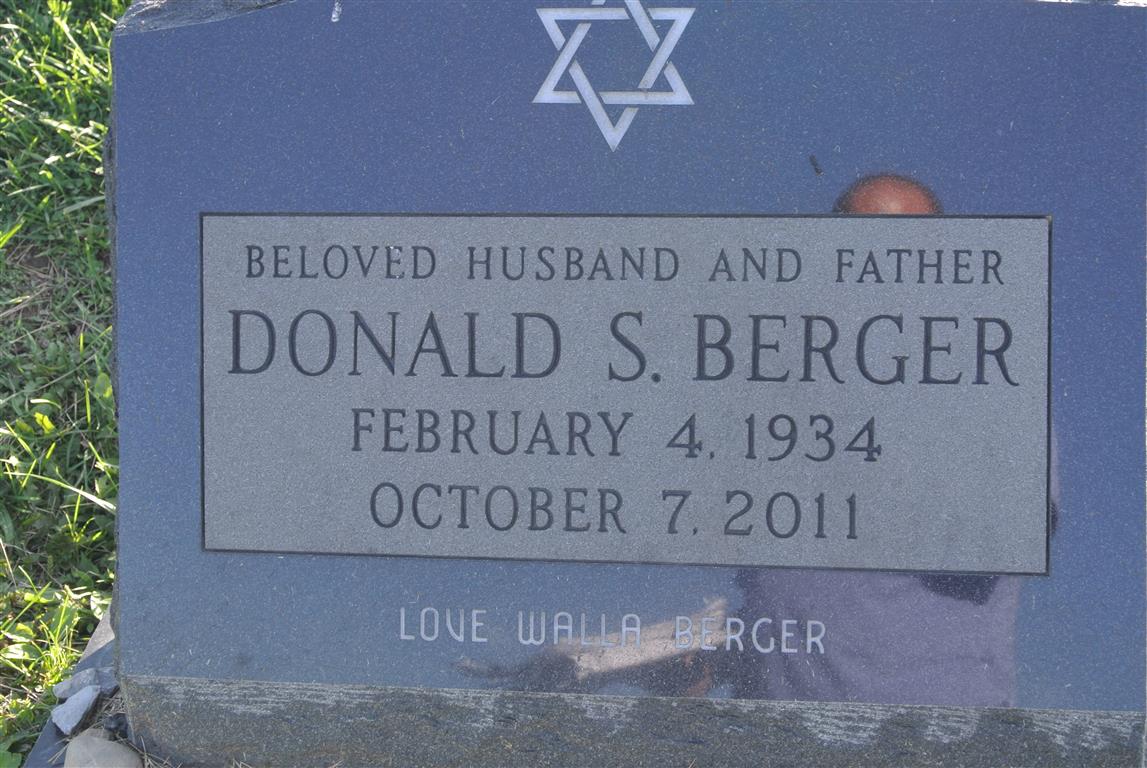 Donald S. Berger October 7, 2011 Donald S. Berger, 77, of DeWitt, died unexpectedly Friday, October 7, 2011, at his residence. Donald was the co-founder and vice president of Ziegler\\'s Bakers Supply and Equipment Corp. He served in the U.S. Air Force and had been a member of the DeWitt Fire Department since 1975. Survived by his wife of 26 years, Sriwalla Berger; daughter, Ellen Karkowski; son, Michael Berger; stepdaughter, Kathlyn Brazie; and six grandchildren, Ashley and Chad Karkowski, Jordan and Mitchell Berger, and Jacob and Ava Brazie; several cousins, nieces and nephews. Services will be 2 p.m. Monday, October 10, 2011, at Birnbaum Funeral Chapel, 1909 E. Fayette Street. Friends may visit with the family from 1 to 2 p.m. Monday, prior to the service, at the chapel. Burial will be in Frumah Packard Cemetery. Contributions may be made to the DeWitt Fire Department. Birnbaum Funeral Service, Inc.
Burial Location
A721