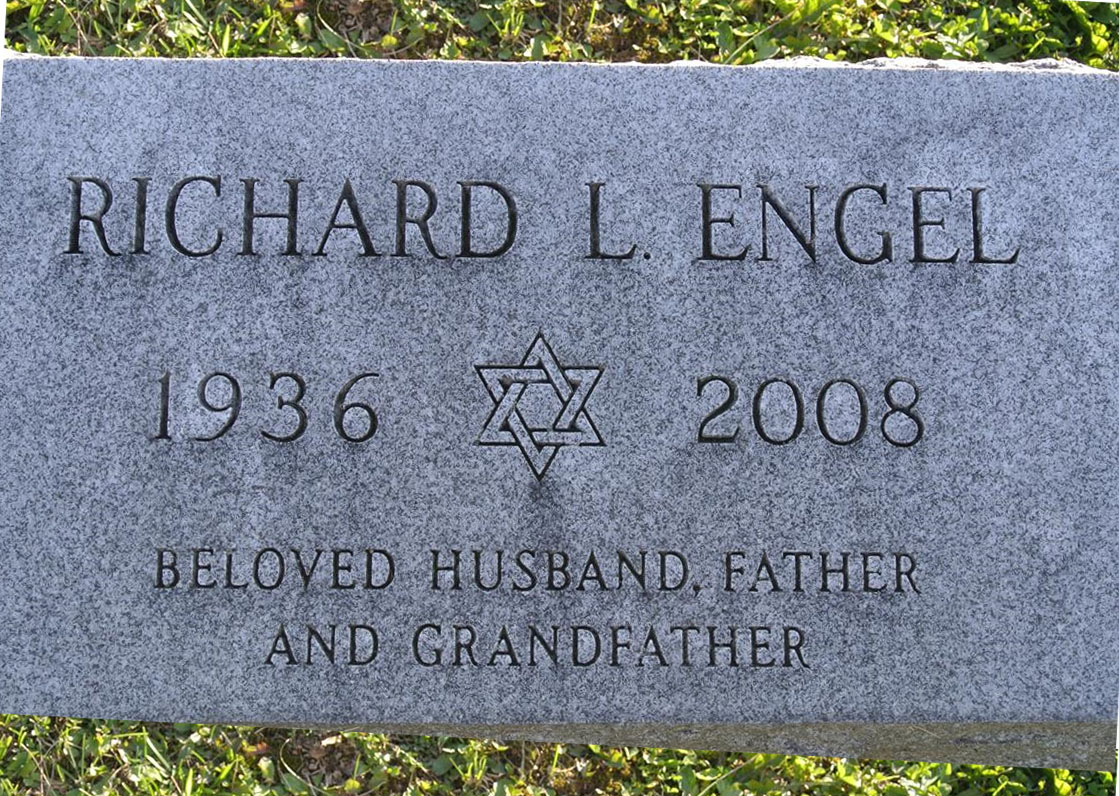 
Richard L. Engel, 71, of Fayetteville, NY, and Ballston Spa, NY, passed away at his residence on Wednesday, February 6, 2008. A graduate of Yale University and Yale Law School, Mr. Engel was an attorney in practice since 1961. He began his legal career as a confidential law clerk to the justices of the Appellate Division Fourth Department. After practicing with Robinson, Williams and Brown in Rochester, NY, Richard returned to Syracuse in 1966 after the death of his father, S. Sanford Engel, to practice law for 41 years, where he mentored and developed many lawyers. During his career he was an adjunct professor of law at Syracuse University College of Law, where he taught trial practice, law and medicine, and equine law. He was extremely proud to know that his students became successful lawyers, judges and business people. Richard co-founded with his wife, the Richard L. and Karen K. Engel Fund at Yale Law School to aid students with disabilities. He co-established the Engel Family Fund at the Syracuse Jewish Community Foundation with his uncle, Lewis Engel. Also he established the Engel Family Fund at Temple Society of Concord for congregants with special needs. Service to the community was a hallmark of Richard\\'s life. He was co-president of Jamesville DeWitt American Field Service. He was also past president of Temple Society of Concord. Richard served the Onondaga County Bar Association Bar Foundation and was appointed trustee of the Northern District of New York Federal Bar Association, having been recently appointed emeritus trustee. For 30 years, Richard owned thoroughbred race horses. He ran these horses slowly at any track that would have them. His most successful horse, Alioth, placed in the Grade II Excelsior Handicap in 1989. He continued his stable and owned close to 70 horses during his lifetime, having one recently win at Aqueduct. Mr. Engel was predeceased by his wife, Karen K. Engel, in 2006. Survived by his sons, Todd Sanford Engel, and Gregg Mathew (Beth) Engel; two grandchildren, Geoffrey and Nicole Engel; a sister, Carole Gladstone; and several nieces and nephews. Services will be conducted at 2 p.m. Sunday, February 10, 2008, at Temple Society of Concord, 910 Madison Avenue. Friends may call Sunday from 12:30 to 2 p.m. at the temple. Contributions may be made to the Engel Family Fund at Temple Society of Concord. birnbaum funeral service inc
Published in the Syracuse Post Standard on Feb. 10, 2008
Burial Location
A735