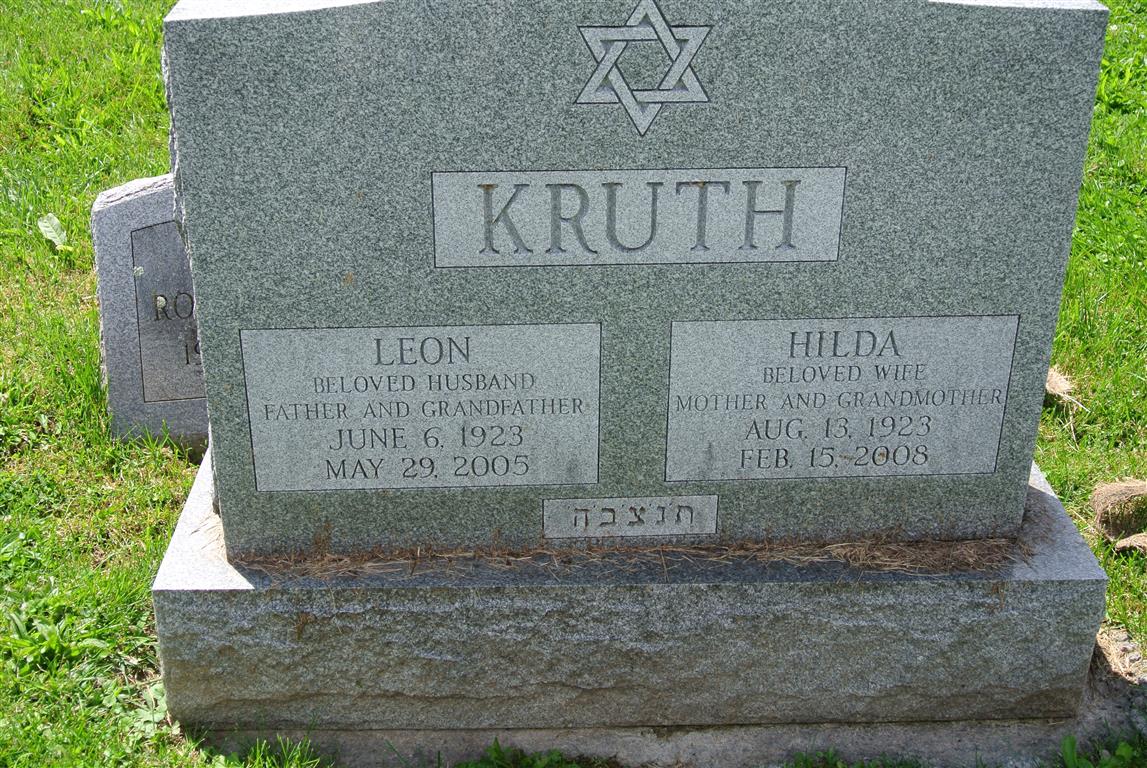 
May 29, 2005 Mr. Leon Kruth, a resident of Livingston, N.J. since 1964, died at the age of 81 on Sunday, May 29. Mr. Kruth was born in Syracuse, N.Y. After graduating from Syracuse University, Mr. Kruth served in World War II with the Army 313th Combat Engineers in Italy. During his early career, he worked for Celanese Corp. in Cumberland, Md., where he was involved in the development of polymer-based products, work for which he was issued several patents. In his later years, Mr. Kruth joined Gibraltar Securities Co. of Florham Park, N.J., from where he retired in 1995 as a senior vice president. Mr. Kruth is survived by his wife of 60 years, Hilda; a daughter, Sandra; a son, Howard; and a grandchild, Rachel. Graveside services will be held 11 a.m. Friday at the Frumah Packard Cemetery. Funeral services entrusted to GINSBURG MALOFF FUNERAL HOME Dignity Respect Refinement 315-446-7570
Published in Syracuse Post Standard on May 31, 2005
Burial Location
A225