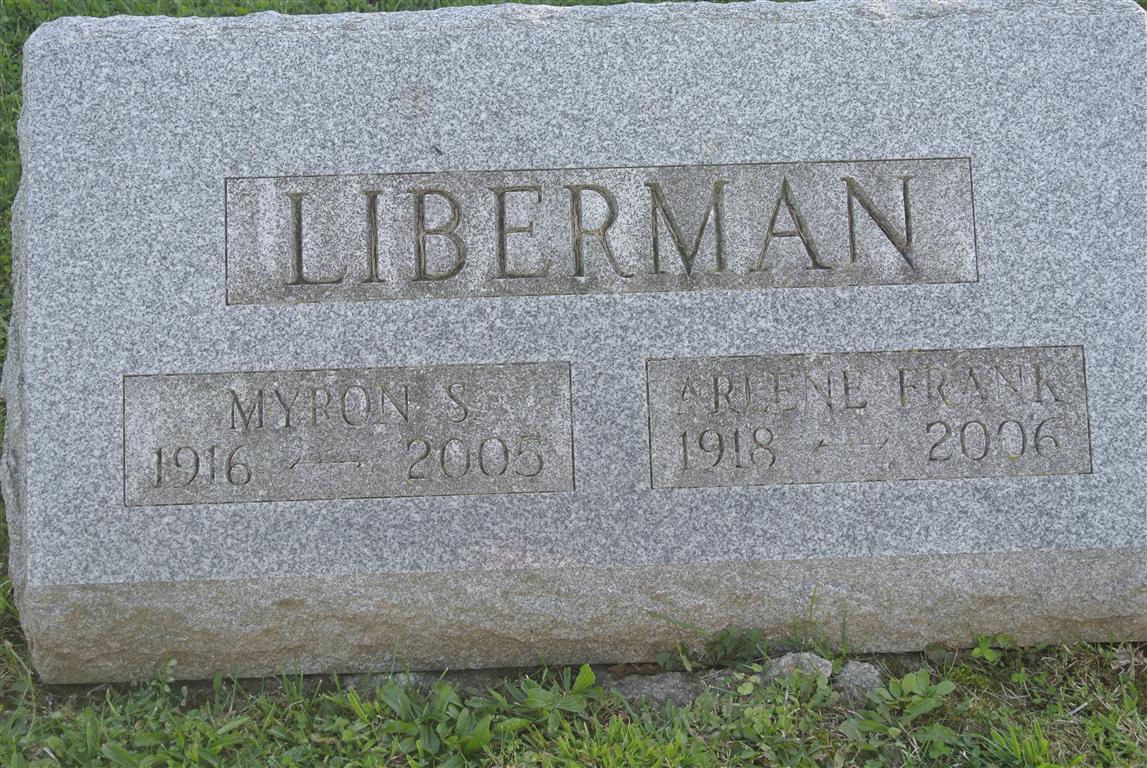 "Mike" Liberman December 30, 2005 Myron S. "Mike" Liberman, 89, died Friday, December 30, 2005, at Menorah Park. Mr. Liberman was a lifelong resident of Syracuse and served in the Army Air Corps during World War II. He was born into the furniture business as a descendent of the Markson family and was well known in the furniture field as the vice president and sales manager of Penfield Mfg. Co. for a half century. During his career, he was president of the Association of National Wholesale Furniture Distributors. Mike was also a member of Lafayette Country Club, the Calvary Club and was a member of Temple Society of Concord, served on the Board of Trustees and was treasurer of the Temple. Survived by his loving wife of 64 years, Arlene Frank Liberman; daughter, Patricia Ann Liberman; son, Arthur Henry Liberman; five grandchildren; and four great-grandchildren. Funeral services will be conducted at 2 p.m. Tuesday, January 3, 2005, at Temple Society of Concord, 910 Madison St., Syracuse, NY. Friends may call on Tuesday from 1 to 2 p.m. at the temple. Burial will be in Frumah Packard Cemetery. Contributions may be made to Temple Society of Concord, 910 Madison Street, Syracuse, NY 13210. birnbaum funeral service inc
Published in Syracuse Post Standard on Jan. 1, 2006
Burial Location
A699